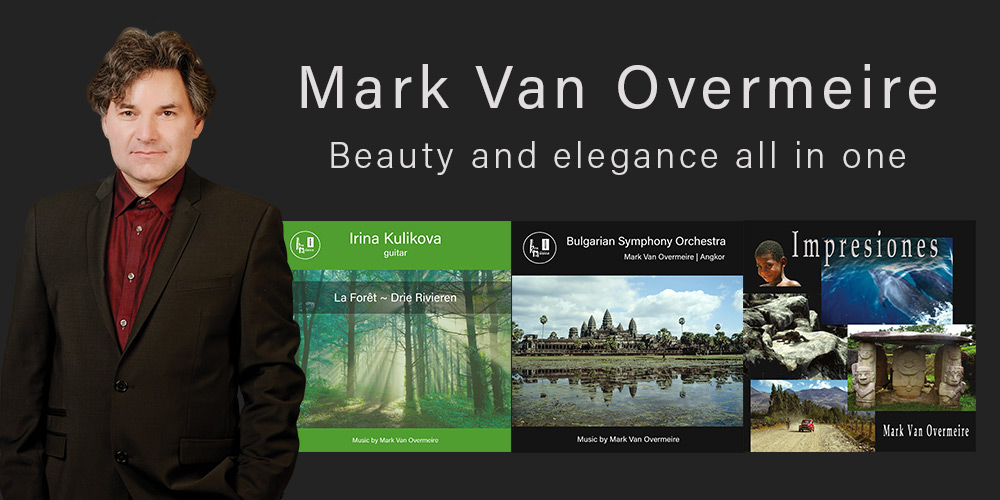 Mark has released 3 albums on his record label Kramúsica Records, "Impresiones" (2003), "Angkor" (2011), and "La Forêt ~ Drie Rivieren" (2021). The first 2 albums feature music inspired by his travels in South America and Southeast Asia. The music on "Angkor" is performed by the Bulgarian Symphony Orchestra.

He is currently working on a suite for choir and orchestra called "Nebula".

The music on "Angkor" is inspired by places and events in Southeast Asia. All music is performed by the Bulgarian Symphony Orchestra.

All music composed, orchestrated, and produced by Mark Van Overmeire

The score of the orchestral suite of Angkor is available.

Please contact me for the full score and instrument parts.

The music on "Impresiones" is inspired by places and events in South America. Mark plays classical guitar, drums, and percussion on the album.

All music composed, arranged, and produced by Mark Van Overmeire

Composer Mark Van Overmeire is working on a suite for choir and orchestra called "Nebula". This is a work in progress.

We will keep you posted on the progress of "Nebula".

All music composed and orchestrated by Mark Van Overmeire